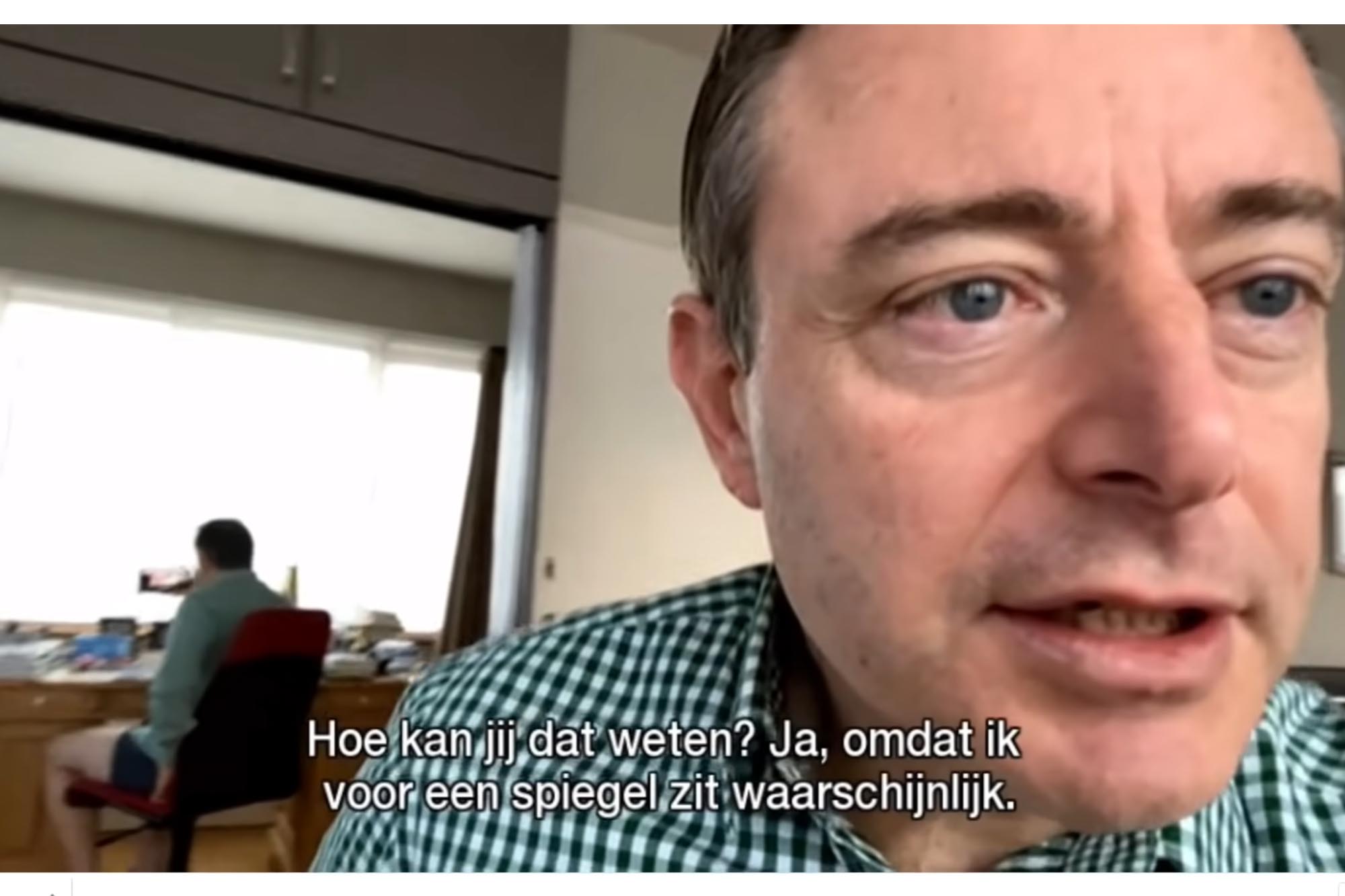 One of Belgium’s most powerful politicians was caught with his pants down — with a mirror catching him in his undies during a live-streamed interview from his home.

“I’m a bit distracted,” the presenter suddenly said with a giggle.

“You are wearing a very nice top, you probably donned it especially for us. But under that top: could you be there in your underwear?” she asked.

After initially appearing baffled at how she knew, the mayor caught on that a mirror behind him unexpectedly gave him away, and with a straight face deliberately aimed his phone to give a clear view of his mishap.

“I had not taken that into account. The year begins with a particularly embarrassing moment, I’ll remember this for a long time,” he then said, according to The Brussels Times.

His political rival, Georges-Louis Bouchez, quickly teased him, tweeting a picture of a pair of boxer shorts decked out in the Belgian flag.

“I have a New Year’s gift for you,” he wrote, along with a winking emoji.

STUDY: Going To Therapy Is The Most Popular New Year’s Resolution