President-elect Joe Biden’s choice to head the Department of Agriculture has been a staunch opponent of drug testing for government food program recipients.

Tom Vilsack, who served as secretary of the Department of Agriculture (USDA) for the entirety of former President Barack Obama’s presidency, strongly opposed a requirement that would’ve forced Americans to take a drug test in order to qualify for the Supplemental Nutrition Assistance Program (SNAP). President-elect Joe Biden announced Wednesday that he would nominate Vilsack to lead USDA again.

“I for one am tired of the conversation in this country that seems to divide those that struggle from those who have succeeded,” Vilsack said at the 2016 National Anti-Hunger Policy Conference, according to Agri-Pulse Communications. “We are a healthier, stronger, better nation, a more compassionate nation, because we have programs like SNAP.”

Vilsack specifically addressed Republicans’ arguments to implement drug testing: “The stated reason is that ‘we’re compassionate, we want to help.’ Really? That’s the reason? Because if that were the reason, Congress would be appropriating right now additional resources to deal with the tremendous gap in services for mental health and substance abuse.”

“Folks, we have to…call these people on this notion. We have to say, ‘Don’t tell us this is how to show compassion,’” he continued, according to Agri-Pulse. (RELATED: Biden’s Likely Pick For USDA Tried To Resign From Same Position Under Obama Because He Had ‘Literally Nothing To Do’) 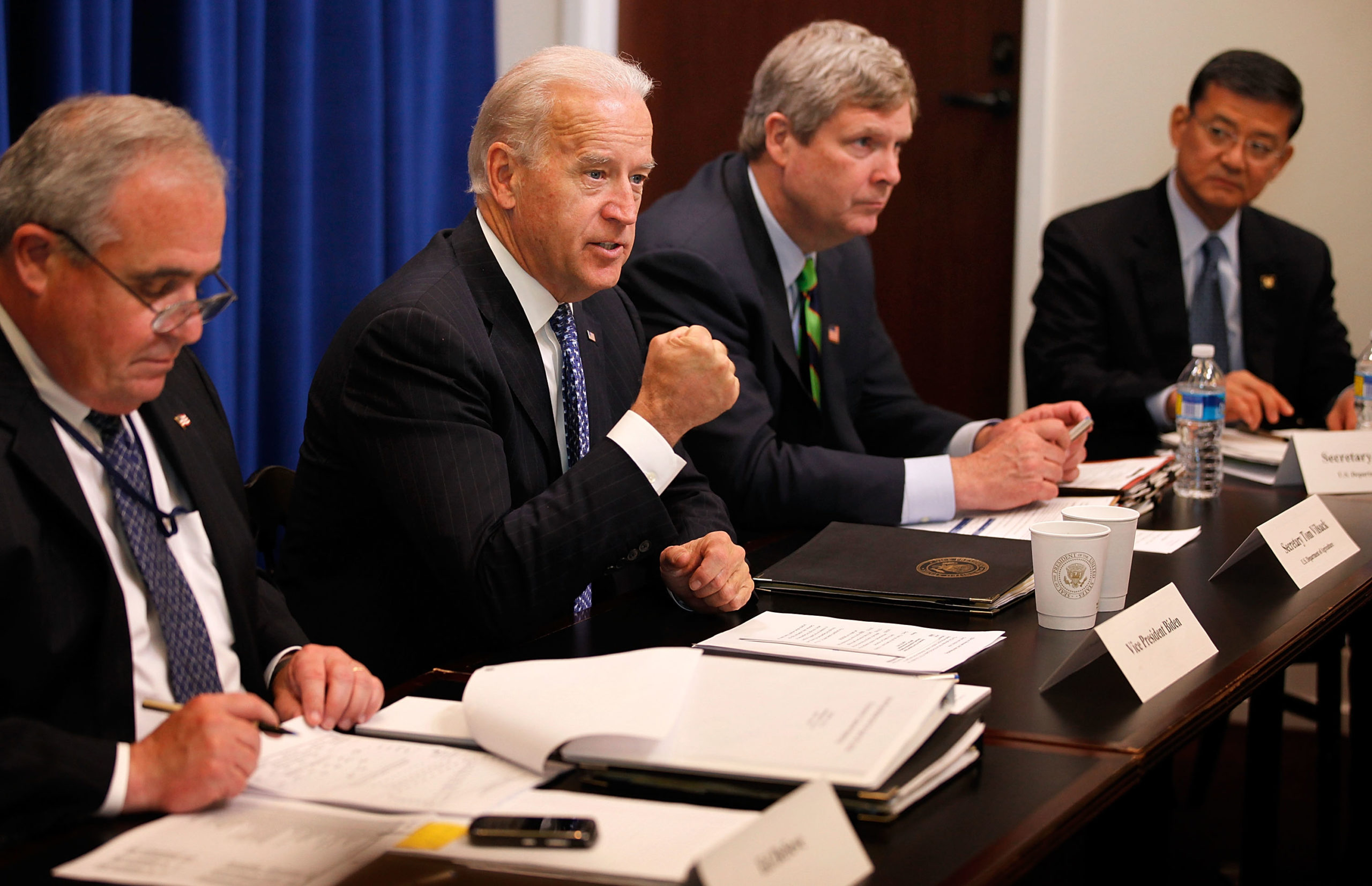 In 2015, the Republican-controlled Wisconsin state legislature passed legislation, which former Republican Gov. Scott Walker signed, that imposed a drug screening and testing requirement on prospective SNAP recipients, The Washington Post reported. If a person failed the test, they’d be required to attend addiction treatment, according to the law.

The USDA then notified Wisconsin that states are prohibited from imposing additional eligibility conditions on people who applied for SNAP benefits, according to a June 2015 email from a USDA official to the Wisconsin Department of Health Services. The USDA sent a similar letter in 2014 to the Georgia Department of Human Services whose legislature had passed a law similar to the one passed in Wisconsin.

In total, 12 governors, all Republican, attempted to create a drug testing provision for SNAP recipients, according to The Capital Times.

In July 2015, Wisconsin filed a federal lawsuit against Vilsack and other USDA officials arguing the SNAP drug testing requirement was lawful since federal law allowed states to conduct such testing to “welfare recipients,” the lawsuit said. Under the law, SNAP recipients would be classified as “welfare recipients.”

“Gov. Walker hasn’t read the law,” Vilsack told The Huffington Post. “It’s always a good idea before you start litigation to understand what the law is.”

“There is a clear distinction in the law between welfare recipients and public benefit recipients, and the distinction is important as it relates to the ability to drug test or provide additional burdens,” Vilsack continued. 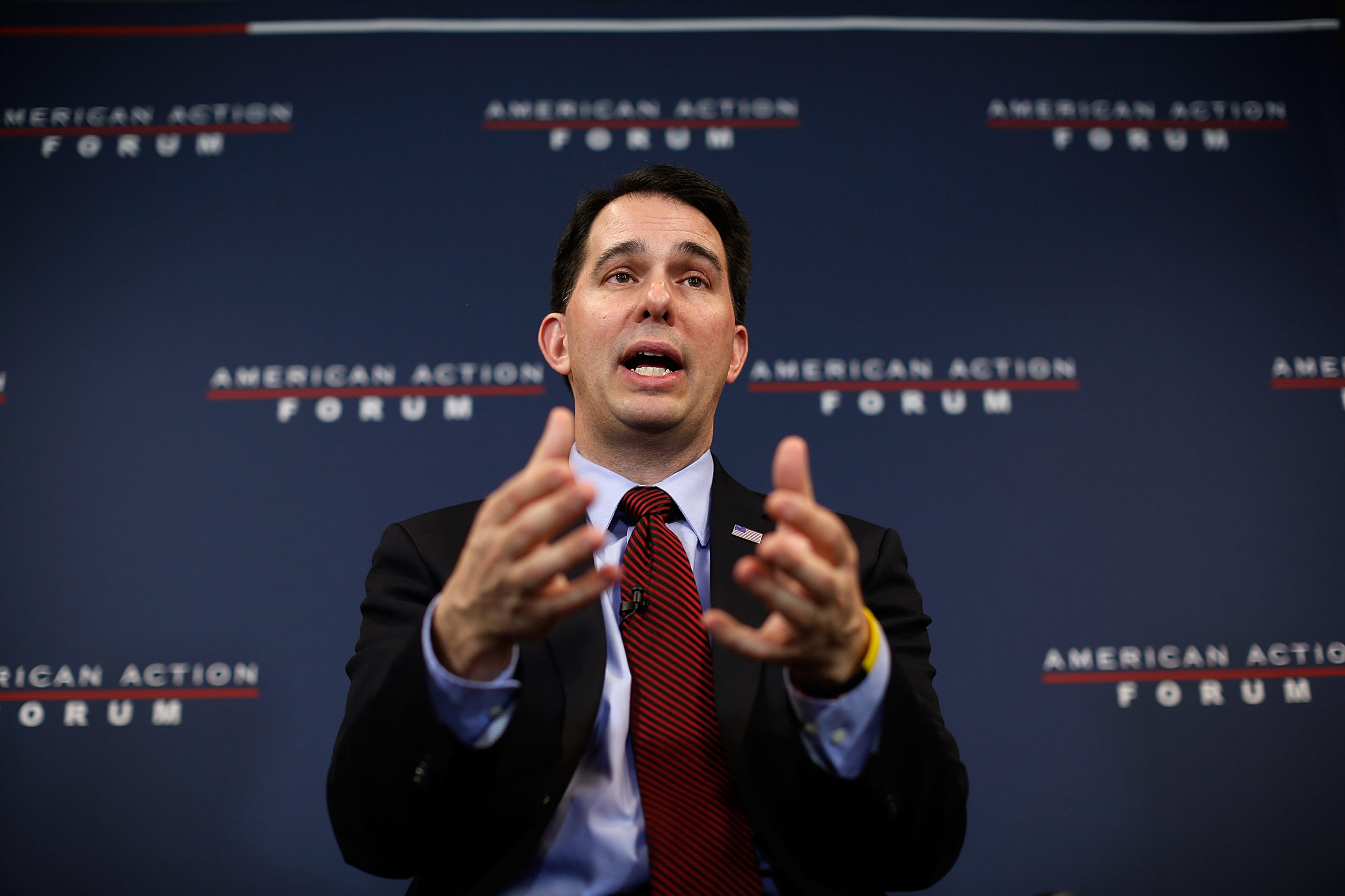 In December 2017, Walker approved the rule change again in another attempt to make Wisconsin the first state to implement drug testing for SNAP beneficiaries, The Chicago Tribune reported. The former governor argued drug testing would ensure the state’s workers weren’t dependent on drugs, according to The Wisconsin State Journal.

“Employers have jobs available, but they need skilled workers who can pass a drug test,” Walker said in a statement after finalizing the rule, The State Journal reported. “This rule change means people battling substance use disorders will be able to get the help they need to get healthy, and get back into the workforce.”

USDA Secretary Sonny Perdue immediately signaled support after Walker approved the rule in a reversal from Vilsack who he replaced after President Donald Trump became president.

“SNAP was created to provide people with the help they need to feed themselves and their families, but it was not intended to be a permanent lifestyle,” Perdue said in a statement.

“We want to provide the nutrition people need, but we also want to help them transition from government programs, back to work, and into lives of independence,” he said.

The agency promised it would allow for states to have more leeway and self-sufficiency when it came to administering SNAP, according to the statement.

The Biden transition team did not immediately respond to a request for comment.

Content created by The Daily Caller News Foundation is available without charge to any eligible news publisher that can provide a large audience. For licensing opportunities of our original content, please contact licensing@dailycallernewsfoundation.org.