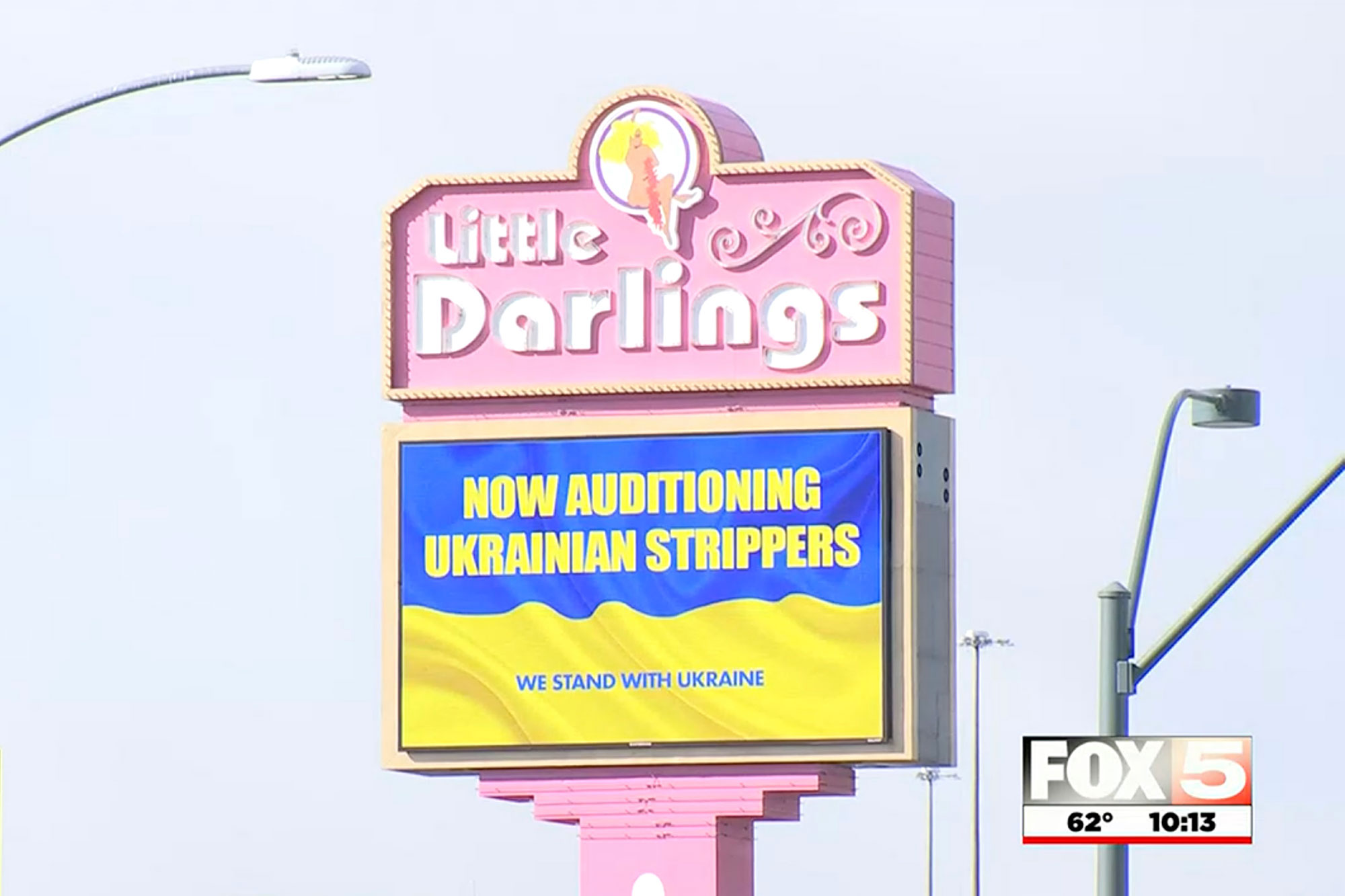 A strip club outside of Las Vegas is supporting Ukrainians in their struggle against the Russian invasion by hiring strippers from the war-torn country.

The ad also includes a Ukrainian flag and the words “We Stand With Ukraine” written underneath.

When asked if the ad was inappropriate, Dotorre insisted: “We’re standing by them, it’s not [anything] derogatory towards them.”

He added: “We feel like if we can help out in any way that’s the best way we can do it is maybe help put someone to work.”.

Not everyone shares the club’s perspective. Local business Mary Grace Yniguez asked FOX5 why there wasn’t an alternative approach.

Little Darlings is known for its eye-catching signage. In 2015, the joint posted an ad that said “Now auditioning the class of 2015.”

“It’s more of how far can we go?” Dottore said of the club’s advertising practices.

“It’s a job,” he added. “We don’t exploit women if anything we exploit men.”