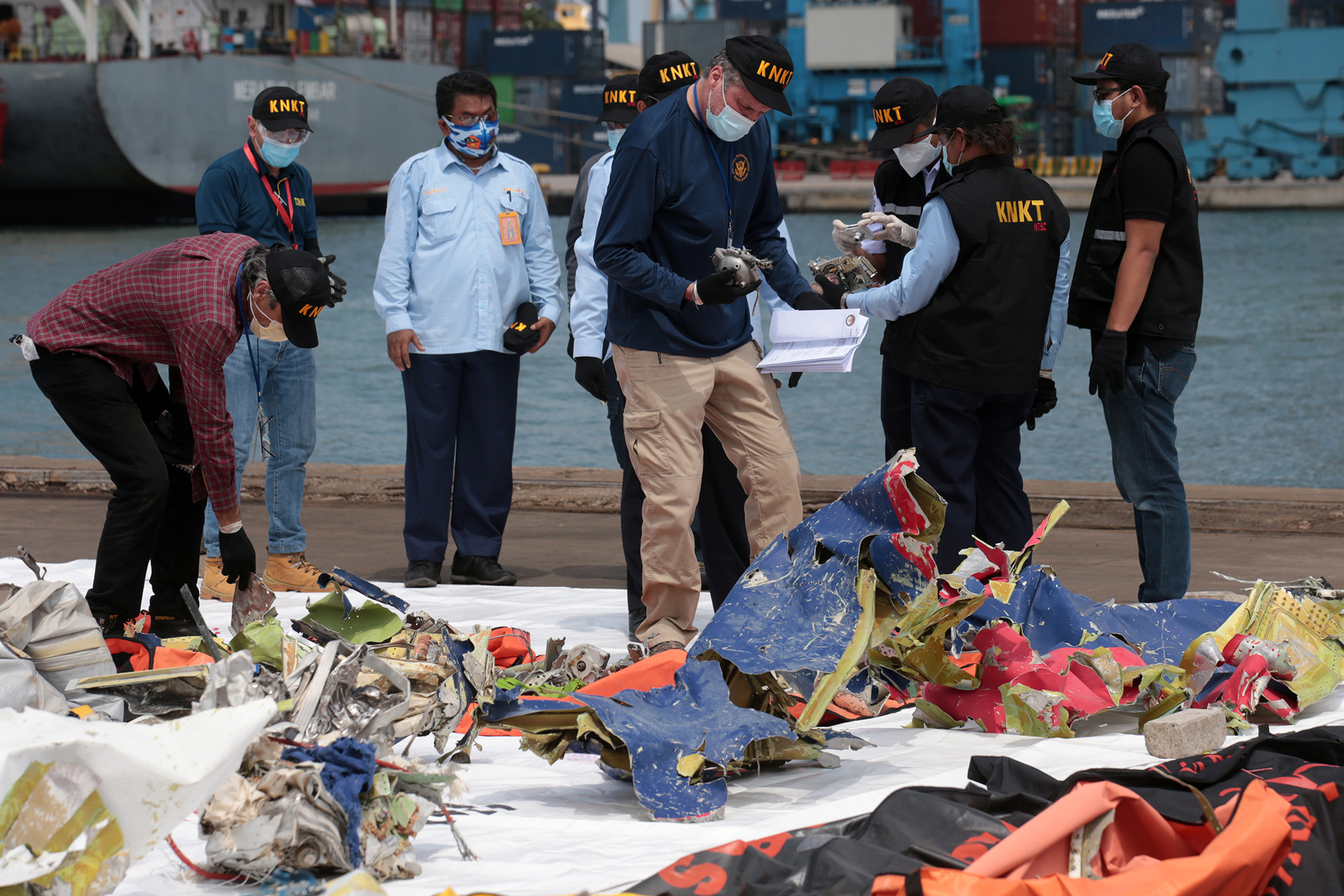 U.S. National Transportation Safety Board officials have arrived in Jakarta, Indonesia, to join the investigation into the crash of a Sriwijaya Air Boeing 737-500, officials said Saturday.

The American team is working with Singapore’s Transportation Safety Investigation Bureau at the search and rescue command center in Jakarta where some of the plane debris has been taken, The Associated Press reported.

The plane crashed into the Java Sea Jan. 9 after losing contact with air traffic controllers after takeoff in heavy rain, killing all 62 people on board.

Parts of the cockpit voice recorder were found by divers Friday. Information has already been downloaded from the plane’s flight data recorder, recovered last week.

The 26-year-old Boeing 737-500 was not in service for almost nine months last year because of flight cutbacks caused by the COVID-19 pandemic and resumed flying in December.