Trump thanks family at final rally before historic Election Day 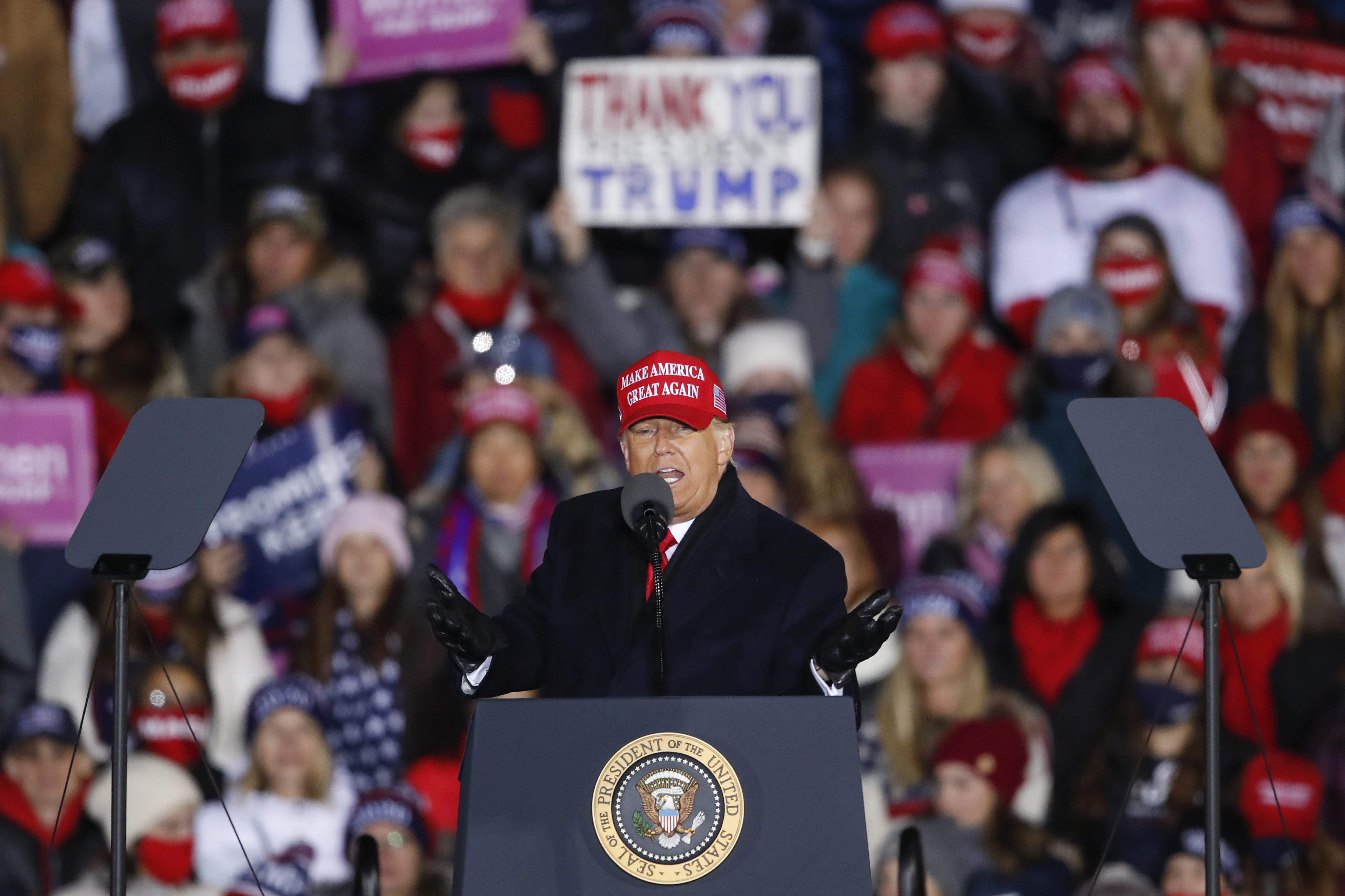 President Trump wrapped up his 2020 campaign with a Monday night rally in Grand Rapids, Michigan — just as he did in 2016 before winning the election.

The rally marked Trump’s fifth of the day — and tenth in two days — as he toured key battleground states ahead of Tuesday’s showdown against Joe Biden.

“Grand Rapids, I’ll never forget it,” Trump reminisced to the crowd. “This was our final night prior to a very, very big victory.”

The president, who narrowly won Michigan in 2016, predicted Tuesday will bring the same outcome to help keep him in the White House.

Trump struck an emotional tone at the rally, which could be his last as president, thanking his family and supporters.

“Words cannot express how proud you make me every single day,” he told his children. “No matter what happens tomorrow I’m very proud of you all.”

But in typical Trump fashion, the sincere moment was followed with a joke.

“If we don’t win I’ll never speak to them again,” he said about his family while chuckling.

Trump later switched gears lamenting — as he often does during rallies — about what he has endured as president, including “the Mueller investigation scam.”

“They went over taxes and they went over everything you can go over. They spend $48 million dollars, two and a half years,” Trump said.

“No collusion, there’s no collusion after all of that. Which makes me, perhaps, the most innocent man anywhere in the history of the United States,” he told the crowd.

He finished the performance well after midnight on a day when Americans would decide whether they would reelect him for another term as president.