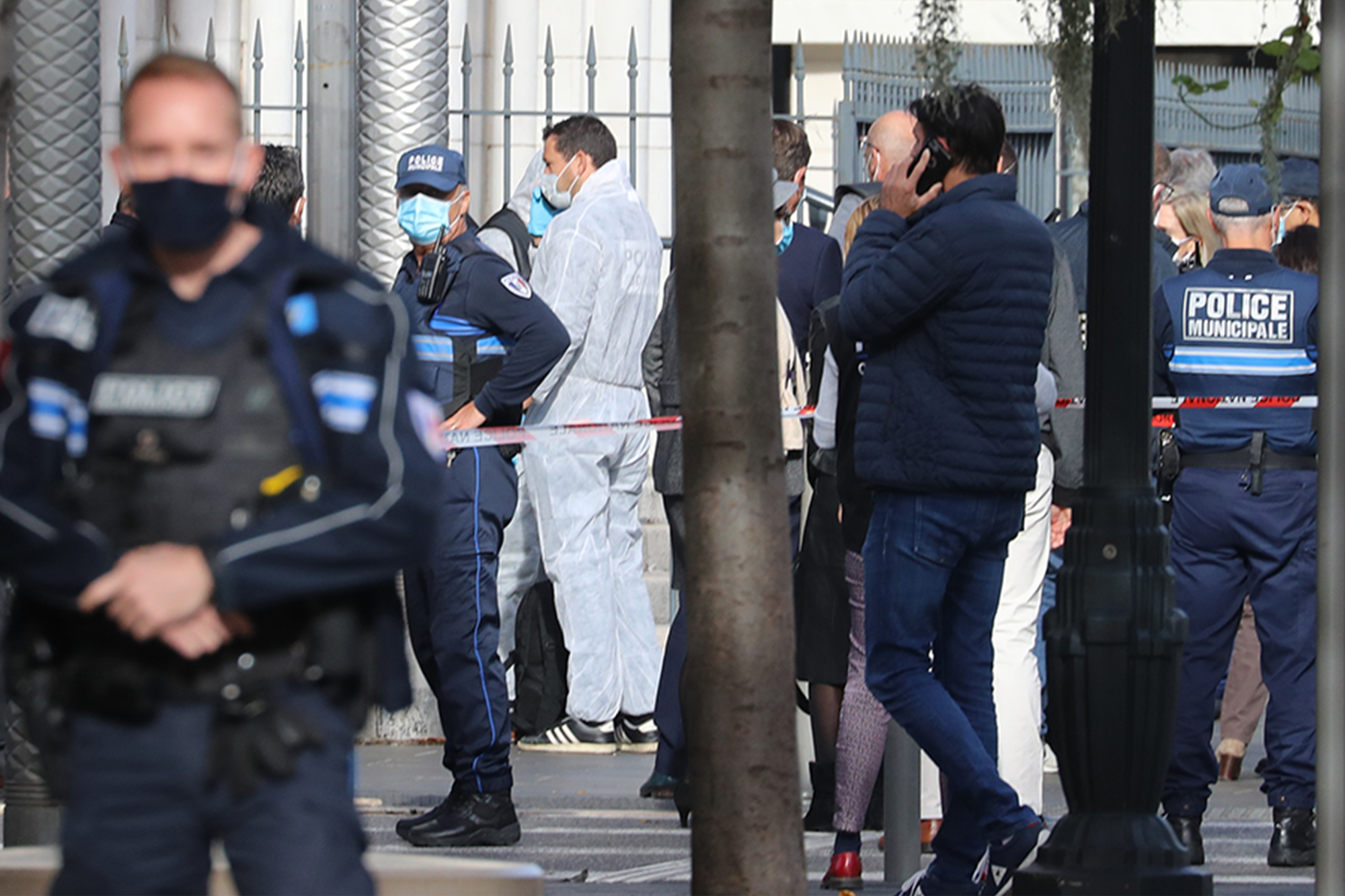 At least two people — including a woman who was apparently decapitated — were killed and several others injured in a suspected terror attack by a knife-wielding man who shouted “Allahu akbar!” at a church in the French city of Nice, according to reports.

Mayor Christian Estrosi said on Twitter the attack occurred in or near the Notre Dame Church and that police had detained the assailant.

Estrosi said the attacker shouted “Allahu akbar!” — Arabic for “God is great” — repeatedly as police collared him and that “the meaning of his gesture left no doubt.”

The mayor told reporters that two people were killed inside the church and a third person who escaped to a nearby bar was in a life-threatening condition.

“Everything points to a terrorist attack,” Estrosi said on Twitter.

The assailant was injured during his arrest and taken to a nearby hospital, a police official said. He was believed to be acting alone and police are not searching for other assailants, the official added.

Interior Minister Gérald Darmanin said he was chairing a crisis meeting in response to the attack, according to CNN.

The anti-terrorism prosecutor’s office said it has launched an investigation into the attack, which comes as the nation is still reeling from recent beheading of middle school teacher Samuel Paty in Paris by a man of Chechen origin.

He said he wanted to punish the teacher for showing students cartoons of the Prophet Mohammad.

France also has been on high alert for terror attacks since the Jan. 15 massacre at the satirical weekly Charlie Hebdo. The trial of suspected accomplices in that attack is underway in Paris.

It was not immediately clear what the motive was behind the Nice attack, or if there was any connection to the cartoons, which Muslims deem to be blasphemous.

A wave of jihadist attacks, often by so-called “lone wolf” assailants, has killed more than 250 people on France since 2015.

Thursday’s attack prompted lawmakers in parliament to hold a minute of silence, before Prime Minister Jean Castex and other ministers left for an emergency meeting with President Emmanuel Macron, who is expected to head to the city.