Simon has tried reaching out to Peng through “various communication channels” including email, CNN reported. Peng went missing shortly after accusing former top Chinese official Zhang Gaoli of sexual assault, and though she’s since been seen by the International Olympic Committee (IOC) president, concerns remain over her ability to speak freely.

Simon has “decided not to re-engage via email until he was satisfied her responses were her own, and not those of her censors” after the emails made “clear” her responses were being influenced, according to the statement from Peng, CNN reported. The WTA also remains “deeply concerned” that Peng “is not free from censorship or coercion.”

“The WTA remains concerned about her ability to communicate freely, openly, and directly,” the WTA statement added according to CNN. (RELATED: EXCLUSIVE: The Women’s Tennis Association Is Taking On China After Top Athlete Disappeared – But Players Want More) 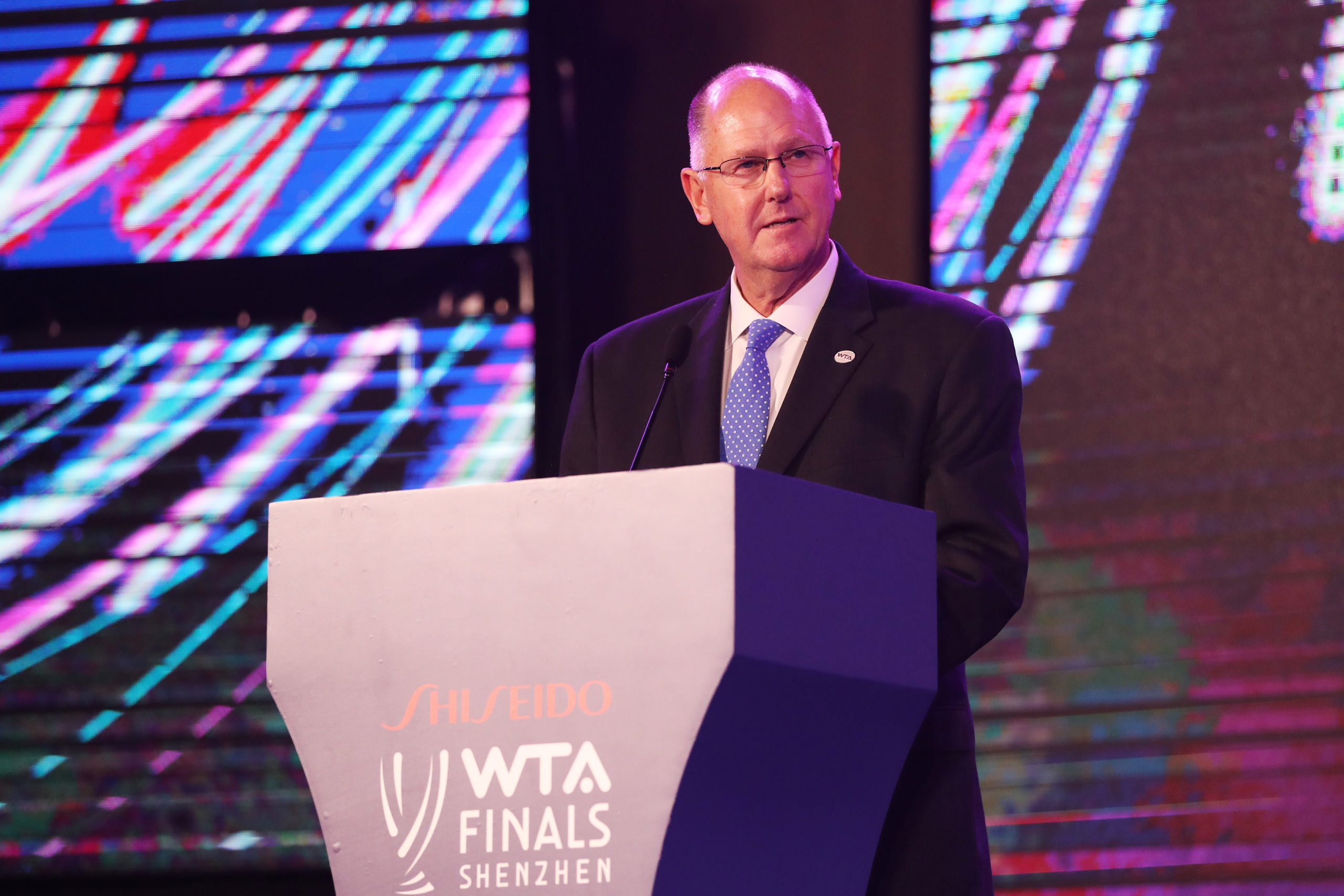 SHENZHEN, CHINA – OCTOBER 25: CEO and Chairman of the WTA Steve Simon delivers a speech during the Official Draw Ceremony and Gala of the 2019 WTA Finals at Hilton Shenzhen Shekou Nanhai on October 25, 2019 in Shenzhen, China. (Photo by Matthew Stockman/Getty Images)

The WTA has been open about its concerns regarding Peng and has even threatened to pull its tournaments from China. The situation has garnered international media attention, in part due to the WTA’s strong stance against the country.

The IOC announced on Nov. 21 that its president Thomas Bach spoke with Peng during a 30-minute video call. The IOC said Peng was “fine” and “relaxed,” but the announcement did little to calm fears. Chinese state media has also published selective video footage of Peng out and about, but these videos have only served to heighten questions surrounding her safety and ability to speak without coercion as well.

WTA players around the world have voiced their support for Peng, and several told the Daily Caller they hope more is done to pressure China. The White House, for one, issued a statement Nov. 19 expressing their “concern” involving reports of Peng’s unknown whereabouts – but players hope countries like the U.S. can do more to make sure Peng is okay.

“We are deeply concerned by reports that Peng Shuai appears to be missing after accusing a former PRC senior official of sexual assault,” White House press secretary Jen Psaki told reporters. “We join in the calls for PRC authorities to provide independent and verifiable proof of her whereabouts and that she is safe.”

Despite these calls for action, it remains unclear whether the administration has any plans to become more involved.